Philip Michael Epstein appointed as Member of Order of Canada

Philip Michael Epstein, C.M., O.Ont., Q.C., LL.D. (h.c.) has been appointed as a Member of the Order of Canada, for his leadership in Canadian family law and for pioneering programs in dispute resolution now emulated across the country.

The Order of Canada is one of our country’s highest civilian honours. Its Companions, Officers and Members take to heart the motto of the Order: DESIDERANTES MELIOREM PATRIAM ("They desire a better country").

Created in 1967, the Order of Canada recognizes outstanding achievement, dedication to the community and service to the nation. More than 7 000 people from all sectors of society have been invested into the Order. Those who bear the Order’s iconic snowflake insignia have changed our nation’s measure of success and, through the sum of their accomplishments, have helped us build a better Canada.

Appointments are made by the governor general on the recommendation of the Advisory Council for the Order of Canada.

The investiture ceremony was held on February 5, 2021 by Zoom. Chief Justice Wagner of the Supreme Court of Canada made the presentation to Philip.

In accepting the honour as the first family law specialist, Philip humbly shared the award with the thousands of family lawyers who "toil daily in the vineyards of marital discord". 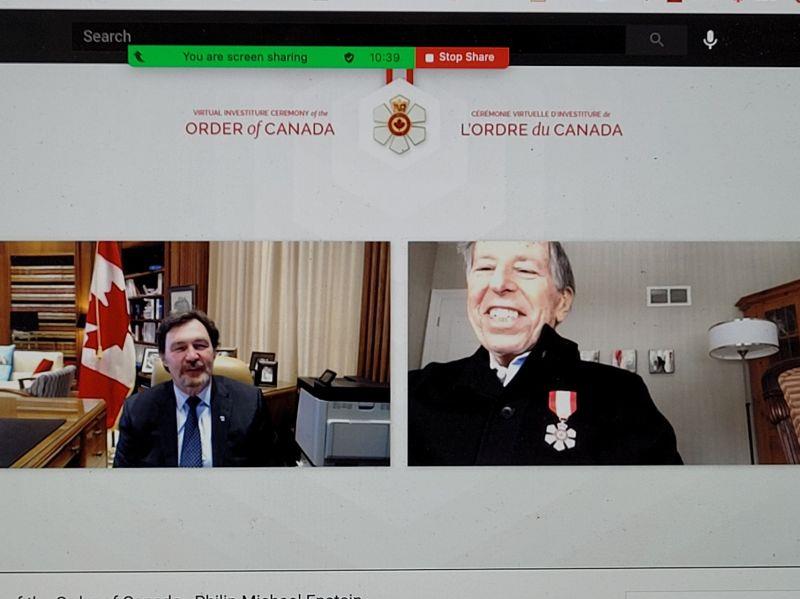